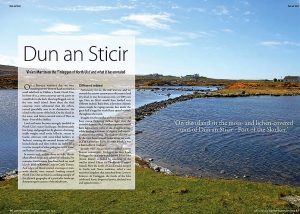 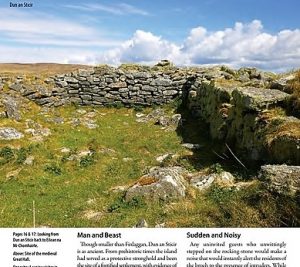 Not just one island though, but three, all linked together in a small tidal loch. Leaping from ancient causeway to ancient causeway with the water rising around us, was excitement in itself. But definitely not as exciting as some of the events that took place here! From an Iron Age Dun to a medieval hall, (along with a Viking interlude!) life was seldom static, nor without risk. And we probably don’t know half the story even yet.

If you want to find out more, there’s plenty to get your teeth into in the May-June issue of Scottish Islands Explorer!