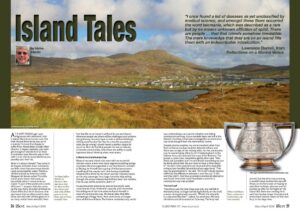 “I once found a list of diseases as yet unclassified by medical science, and amongst these there occurred the word Islomania, which was described as a rare but by no means unknown affliction of spirit. There are people … that find islands somehow irresistible. The mere knowledge that they are on an island fills them with an indescribable intoxication.” Lawrence Durrell, from Reflections on a Marine Venus.

At a very young age I too was diagnosed with islomania. And it seems there is no known cure. Not that I’d want there to be one, as it’s a malady I’m more than happy to suffer from. Rarely fatal, though often chronic, it means, basically, you can’t get enough of islands! And as there is no known cure, the only way to live with it is to visit as many islands as you possibly can. And I do. 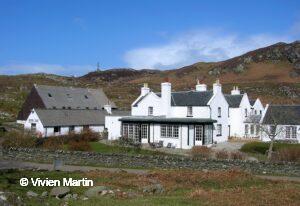 What is it about islands? They come in all shapes and sizes. Even continents are little more than enormous islands. Land surrounded by water. There’s a children’s book by American writer Margaret W. Brown called The Little Island and a line in that sums up beautifully what it means to be an island: “A part of the world and a world of its own.” I suspect that also sums up the way many of us feel at times! An island offers that bit of distance, that apartness that we often need to slow down and deal with all that goes on in our busy, and at times stressful, lives.

Not that life on an island is without its ups and downs. Wherever people are, there will be challenges and tensions along the way. You only have to look at William Golding’s chilling novel Lord of the Flies for a horrific example of what can go wrong! I doubt there’s a perfect utopia for any of us. But I do find that people I’ve met on islands, or remote communities, often have the ability to apply ingenious lateral thinking when need arises. 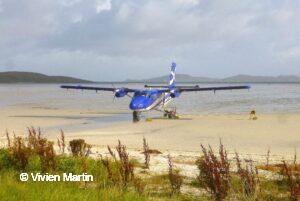 The landing strip on Barra

And it’s this ability to look at things differently that I write about in the current issue of iScot Magazine (issue 79). Whether it’s that narrowly avoided storm in a communion cup, or the young doctor who appeared on a boat out of nowhere, or getting the right patient to hospital, or even defining ‘Mañana’, there are very many wonderful stories to tell!