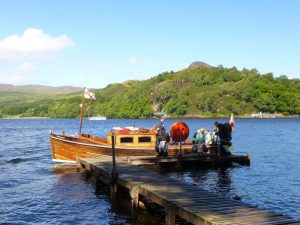 It’s little more than a ditty, but Margaret Brown’s poem sums up beautifully what it means to be an island: “A part of the world and a world of its own.” I suspect that also sums up the way many of us feel at times! An island offers that bit of distance, that apartness that we often need to slow down and deal with all that goes on in our busy, and all-too-often fraught, lives.

I’m fortunate to live on the West Coast of Scotland and have islands all around. This week my son and I drove to Balmaha on the east bank of Loch Lomond, where we had lunch in the delightful Oak Tree Inn. We then took the little mail boat from Macfarlane’s Boatyard over to Inchcailloch. The ferry, the 1947 30′ long Margaret, plies back and forth throughout the day taking visitors to and from the jetty at North Bay on Inchcailloch. It’s only a few minutes sail away, but as soon as you step ashore realise that you’re in a different world. 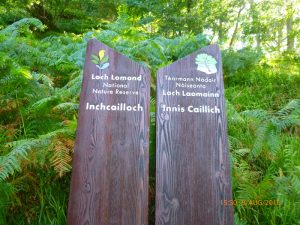 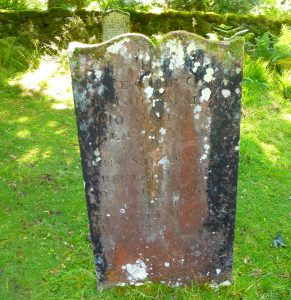 With such sacred associations the island became home to a 12th century chapel dedicated to St Kentigerna’s memory, with a later parish church and burial ground used by people living in the small scattered communities around the shores of Loch Lomond. Islands were often favoured spots for graveyards as they were safe from scavenging wolves and other wild animals that might be on the lookout for fresh bones! So far, the earliest gravestone discovered dates back to the 13th century. 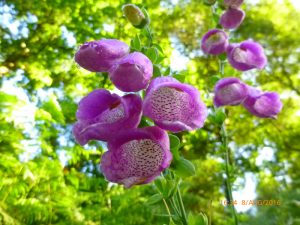 Before there was a pier at the North Bay, boats beached on the shore below Ballach an Eoin, the Gaelic for Pass of the Birds. Almost everthing that arrived on the island, or was transported from it, came this way, and that included the coffins for burial in the graveyard. It’s not unusual to find Coffin Roads or Coffin Glens in Scotland, and this was one of them. 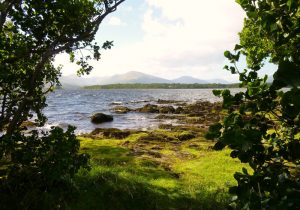