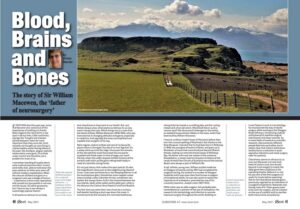 Bute’s an island that’s often overlooked. Perhaps because it’s almost too close to the mainland. Or perhaps because people sometimes fail to look beyond the rather tired buildings of Rothesay’s seafront. But, as with most places, there’s definitely more to Bute, and its people, than meets the eye.

Getting to know a place isn’t that different from getting to know a person. It takes time. I certainly learned a lot more about Bute when I was researching the life of Sir William Macewen (1848-1924), a proud Brandane, who became the most eminent surgeon of his day. A man who not only radically changed surgical procedures, but who also went on to perform the first successful brain operation. And that was before the advent of X-rays! 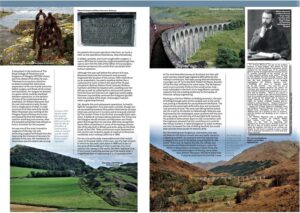 Then, in 1898, he saved the life of young Malcolm McAlpine, son of the civil engineer Robert McAlpine, whose company still exists today. During the building of the West Highland Line extension to Mallaig, a devastating blast shattered that young man’s body and it looked as though nothing could be done to save his life. Yet, they hadn’t reckoned with the skill, dedication and compassion of William Macewen. The young man, who had been at death’s door, not only recovered, but lived to a ripe old age. And the West Highland Line extension was completed on time. 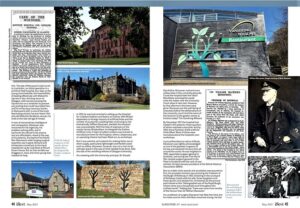 Macewen was also the man who did so much for wounded soldiers, for those young men who returned with horrific injuries from the hellish battlefields of WW1. He designed the Erskine artificial limb and trained a team of engineers from a nearby shipyard to manufacture them for the newly-founded Erskine hospital. He worked tirelessly both on the mainland and on Bute to help his patients, no matter who they were.

His work received world-wide recognition and he was a much sought-after surgeon. But despite a host of tempting offers, he chose to remain in Scotland. He was appointed Surgeon-General, then named Surgeon-General to the Fleet in Scotland with the rank of Rear-Admiral during the First World War. He also served as president of the British Medical Association. 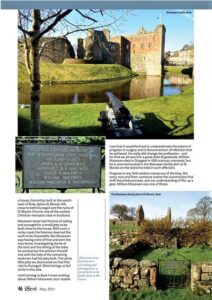 He loved Bute and returned as often as he could. He had a house built at the south end of the island, close to the water that had always been a great part in his life. His ashes are buried in the family plot at St Blane’s Church, one of the earliest monastic sites in Scotland. And so very close to the home where his heart was.

An extraordinary man, full of humanity and compassion and with a never-failing verve for life. You can read his story in my article in issue 72 of iScot Magazine.