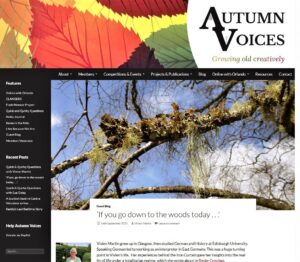 If you’re a fan of the Jurassic Park films, you’ll remember the scene where the park’s owner John Hammond (aka Richard Attenborough) tries to reassure Dr Ian Malcolm (aka Jeff Goldblum) that there’s no need to worry about the park’s dinosaur creation programme. Totally unconvinced, Dr Malcolm replies with those prophetic words, “Life finds a way.”  And it certainly did in that film! Whilst in some places humankind is busy destroying vast numbers of species, in others, nature makes a come-back as soon as our backs are turned. 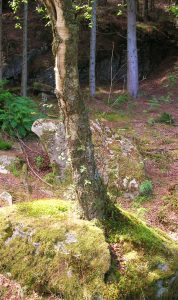 I was delighted to be asked by Autumn Voices, an organisation that seeks to celebrate creativity in later life, to write a guest blog on their theme of the natural world. In my post I looked at how, very often, life does find a way, with or without our help, and in some of the unlikeliest of places. Rock becomes home to lichen and even trees. Trees become home to fungi of every shape, size and description. The tiniest foothold is all it takes and growth begins, however precarious. Given half a chance plants will make a go of it. And we need them to do just that! We need them for food and for our health. Go for a walk in the countryside and you’ll see trees draped with Old Man’s Beard and other lichen, telling you the air is clean and free from pollutants. 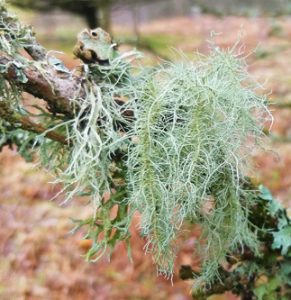 Sphagnum moss has also been used for centuries as an antiseptic dressing for wounds. Never more so than during World War I. Absorbent and extremely acidic (think preserved bog bodies), it inhibits the growth of bacteria. The horrific prevalence of sepsis, a life-threatening condition caused by the body’s response to infection, was killing more men than their actual wounds did.  And even by December 1915, field hospitals were running out of bandages. The situation was critical as the numbers of wounded continued to rise unabated.

We know that the human race is wiping out other species faster than ever before. But what if, ironically, our civilisation, our way of life, was the one to go first, and nature (think nettles, brambles, bracken and dandelions) ended up taking over the world? At school we read John Wyndham’s terrifying Day of the Triffids and I don’t think I ever quite looked at some plants in the same way again! Yet we need plants for our survival far more than they need us. So rather than have a Day of the Triffids scenario, we really need to be kinder to the natural world, and hopefully it’ll continue to be kind to us!

Read my post in Autumn Voices: If you go down to the woods today…