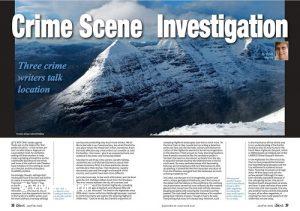 Assynt, Arbroath and Glasgow’s West End are the settings used by three crime writers in their latest novels. And the locations could hardly be more different. Yet even though they may not have much in common geographically, each one is shaped by the passage of time and the layers of history that add, bit by bit, to their unique heritage.

Whether the stark – and at times terrifying – beauty of Assynt, or the long, low, narrow streets of Arbroath, or the grand, self-important buildings of Victorian Glasgow, location plays a huge part in a successful novel. An authentic setting will draw readers in, help create a gripping atmosphere and be a believable backdrop to the twists and turns of the author’s tale. Readers have to believe in the setting as much as in the plot and the characters. Credibility matters. 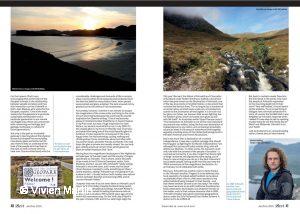 Surprisingly, though, settings don’t necessarily have to be dark and Gothic to create a menacing atmosphere. That impenetrable Victorian fog, or the flickering candlelight, or the howling of a gigantic hound out in the mire aren’t the only ways to create suspense. Just the opposite in fact, for in the hands of a skillful writer, even the most ordinary, everyday settings can become something very much more sinister. We all like to feel safe in our home territory, but what if that’s the very place where the threat lies? In fact, sometimes that’s the most effective way crime writers can unsettle us: take the familiar – the known – give it an unexpected twist and suddenly it becomes very menacing indeed! 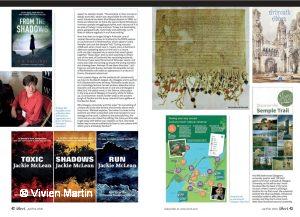 In the Highlands I’m often struck by that curious juxtaposition between the breathtaking landscapes and the tiny settlements scattered across them. Towering mountains and huge skies. All that space and yet so few people. What made Gareth Halliday chose this place for his debut novel From the Shadows?

Moving south-east, I suspect that even if you’ve never been to Arbroath, you’ll have heard of its abbey. Arbroath Abbey is special. Without doubt it’s lasting importance rests on an event that took place 700 hundred years ago, yet one which still resonates today. In 1320 Bernard, the Abbot of Arbroath and Chancellor of Scotland under Robert the Bruce, drafted a document which became known as the Declaration of Arbroath, one of the key documents in Scottish history. 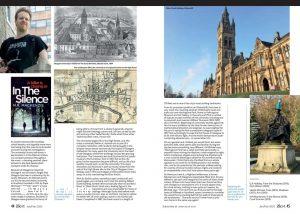 A document that contains the famous lines, “For so long as but a hundred of us remain alive, we shall never under any circumstances submit to the domination of the English. It is in truth not for glory, nor riches, nor honours that we are fighting, but for freedom alone, which no honest man gives up but with life itself.” And this is the ancient town where Jackie McLean sets her crime novels.

For Michael Mackenzie, it’s the University of Glagow, one of the oldest in the country that lies at the centre of his work. And with good reason! But to find out what that reason is, you’ll have to read the article in the Jan/Feb issue of iScot magazine!