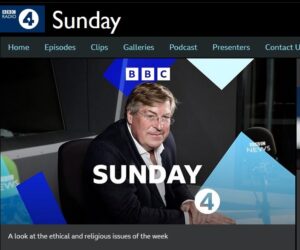 Our earliest ancestors were nomads, so it’s not really surprising that we humans have always been on the move, one way or another. I’ve written previously about old ways through the glens: drove roads, drowned roads, and one type of old road that served a very particular function: coffin roads. Though I have to say right away that they weren’t ‘roads’ in the sense we understand them, rather narrow tracks or paths, often over harsh and hostile terrain. (You can read more here: Old Ways through the Glens) 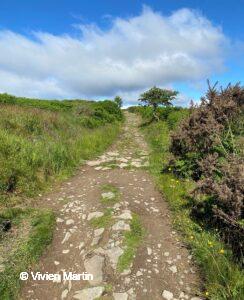 A recent edition of the BBC Radio 4 Sunday programme, hosted by Edward Stourton, looked at an excellent new book by Professor Ian Bradley; ‘The Coffin Roads: Journeys to the West’ and I was delighted to be asked to contribute to the item. I chose a route not too far from my home which we’ve walked many times: The Stoneymollan Road. It’s a former coffin road that runs from Balloch, at the foot of Loch Lomond, to the burial ground at St Mahew’s Chapel in the clachan of Kirkton, not far from Cardross. You can listen to Professor Bradley and myself in the coffin roads item here (at 18.04 minutes in): Scotland’s Ancient Coffin Roads BBC Radio 4 Sunday, 31/07/22 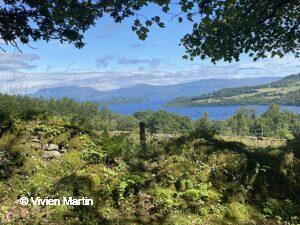 While Stoneymollan may no longer be used as a coffin road, it’s a fascinating part of our country’s history. One that ties in with Scotland’s long maritime past that saw early missionary monks travelling the sea roads of the west, bringing Christianity with them. It also shows the importance of landscape in shaping the life of a nation. And, for me at least, knowing the history of this route adds a very memorable element to walking the Stoneymollan Road.