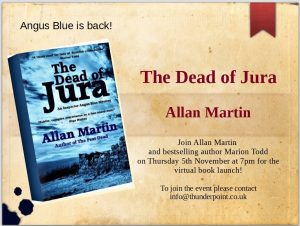 Chances are Bonfire Night will be a bit of a damp squib this year. But that doesn’t mean the 5th of November is going to be a complete washout. Instead, why not join Allan Martin and bestselling author Marion Todd for the official launch of The Dead of Jura!

Starting at 7pm, they’ll be talking of cabbages and kings and writing crime fiction. Not one to miss, it’ll be a cracker of an evening!

For the Zoom code to join the event simply contact info@thunderpoint.co.uk 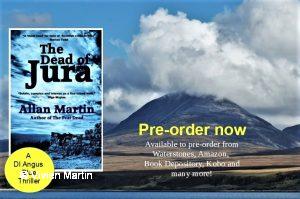