Now also available as an eBook: updated to 2014 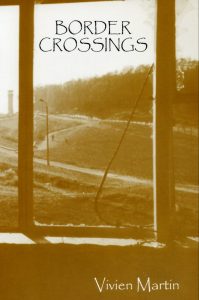 In the summer of 1987, a group of young Scots Christians made the daunting journey into the German Democratic Republic, which, despite its geographical closeness, was then an isolated and mysterious land, closed to the West by fences, watchtowers, armed guards and the Berlin Wall. The friendships they made during that visit have endured through the great changes that have taken place since then.  This book charts the experiences of the Scots and the East Germans from that fateful fortnight thirty years ago down to the present day.  The author, who was one of the Scots who took part in the 1978 visit, reflects on the religious and political changes which have transformed East Germany, and the impact they have had on both groups.  The glimpse of ordinary life in the DDR and the regime’s attitude to the churches made the visit an experience never to be forgotten.  The two groups continued to visit each other through the next 25 years, and the book concludes with a reunion in Berlin in May 2004.  Border Crossings is a sensitive and thoughtful account of friendship persisting through political and cultural changes.