Lyndsay Kellas was born in 1931 in the Dufferin Hospital in Calcutta, where her father, Rev John Kellas, was principal of Scottish Churches College. In 1939, after a trip to see sunrise over Mount Everest, the family returned to Scotland on furlough. John later returned to India but, after the Fall of France, Lyndsay, her mother Eveline, her older sister Joan and baby brother David were unable to join him and had to stay on in Scotland for the duration of the war.  The girls attended St Margaret’s School in Aberdeen but after German bombing of that city the pupils were evacuated to Blackhall Castle in Glenbuchat.  It was during this time that Lyndsay wrote The School at the Dulax. After careers in teaching and nursing, Lyndsay now lives in Newcastle.

The School at the Dulax

A gripping school story written in the 1940s by the young Lyndsay Kellas. 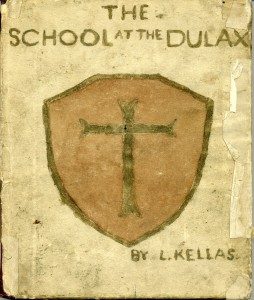